Concentric Pumps Limited is a subsidiary of Concentric plc, a major supplier to the world's, truck and construction equipment industries with plants in the UK, USA and India. In addition to oil, fuel and water pumps for diesel engines, the group also manufactures, lubrication pumps for transmissions and compressors, fans, impellers and associated equipment 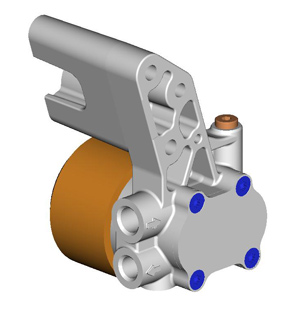